Since the beginning of my residency period at Örö, I have been looking for locations and places that might be interesting for (musical) performances. During the first days of November, I experimented in the woods near our house, the old school building. At that time, much military personnel was stationed in Örö, because of the Nato exercise Trident Junction that took place across the Baltic region. 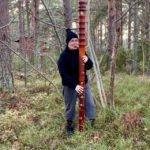 This picture was taken on November 4th. I had just set up my instrument and began to play, when two Finnish soldiers with machine guns in hands came marching along the pathway, noticed me, turned and curiously approached, to watch! They acted friendly, even tried to talk to me, yet I found I’m not really used to performing with machine guns that close nearby – yet. The instrument soon gave up, because of the weather conditions; it is too cold, too windy, and too damp to perform outside. 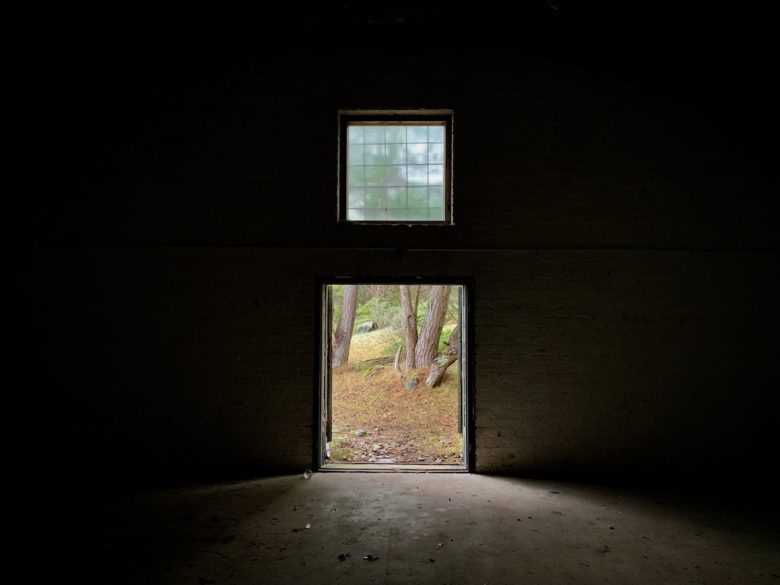 Several buildings in Örö are unlocked and open to the public, even in this time of the year. One of them is a former mess hall near the west coast; here, a collection of historic photographs is on exhibition. One of the photos shows a very young accordion player in uniform in the middle of a large group of soldiers. Among the many historic photographs about Örö fortress I have seen so far, in books or on display, only this one shows a musical instrument. I would like to know more about the anonymous musician. Who was he? Without question, he holds a prominent position in this assembly and looks at rest with his instrument. 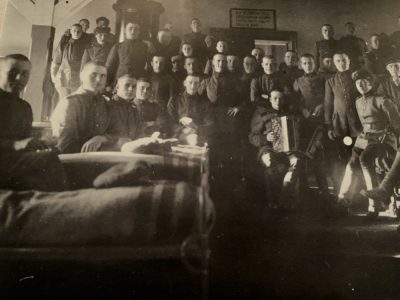 The numerous military structures and buildings all over the island emanate a harsh, functional, brutal background noise. They resonate a mode of thinking that is geared towards power, warfare, control, and force – in the name of (national) safety and protection. Current activities around the anniversary of the end of WWI come to my mind. Nowadays, much is being done to ensure a friendly and positive image of the military. For example, see the official reports on Trident Junction on twitter under
https://twitter.com/hashtag/tridentjuncture?vertical=default&src=hash 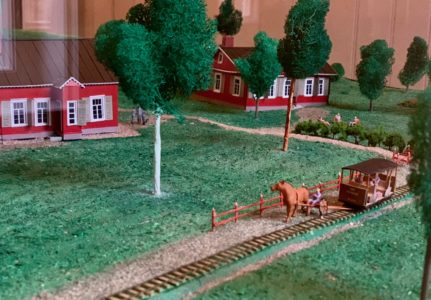 Other than the military, there is wilderness. Nature’s stern rule governs island life. I spend much time outside, exposed to wind, coldness, moisture and rain, listening to the roar of the sea and the woods. Walking over sand, moss, and rocks, I find myself touched – and changed. After long periods of darkness and clouded skies, I enjoy brief moments of brilliant sunshine. I take delight in simple and small things: gnarled trees, graceful waves, tiny flowers, a handful of edible mushrooms, remarkable rocks, a few birds or the squirrel we saw from the kitchen window.

It appears that music is the most endangered species on this island. Is it a question of protecting my artistic process? Does music need protection and safety, within a martial and harsh environment and culture? What is it that music needs to live and unfold?

Personally, I notice how the pervasive presence of military culture as found in Örö Linnake interrupts my artistic drive and my compositional activity. I notice how I strive to work against, around it, in between.

Through the rain, I walk defiantly.