This battered tea kettle once stood on the stove of the Reading Room of the Finnish military colony at Örö. A cosy wooden library house was provided as an intellectual stimulant for the soldiers stationed at Örö, in the beginning of the 20th century. Newspapers could be read here, too. The ethnographer Michael H. Agar writes in his book that “communities don’t have edges; they are part of larger worlds”. The small community of people currently present at Örö consists of maintenance personnel (they stay for a couple days a week, then leave for he mainland over the weekend), a changing number of soldiers (last week there were more than usual because of Nato projects), occasional tourists (visiting per private boat), a couple who lives in a house on the eastern cost, and us, the two resident explorers. 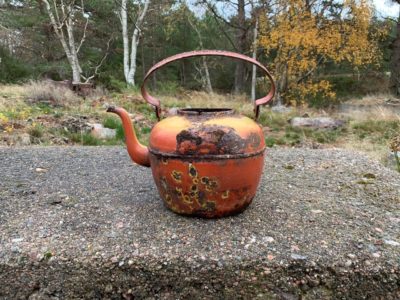 Today, internet and mobile phone work as excellent and reliable means of connection to the outside from here. But also, plastic residue can be found on all the shores, bringing to mind that this island is not a remote paradise, but currently very much part of larger worlds. On my walks I take a bag with me; I have decided to pick up at least some of the garbage, as a personal contribution to this place. 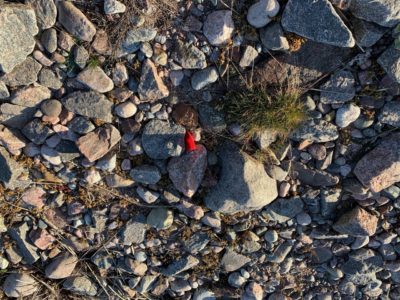 In 2015, the Finnish artist in residence Elina Juopperi collected shards of plastic fibres all over the island and assembled them into a huge ball. Mostly, they come from fishing gear. Three years later, her nearly indestructible scuplture is still  visible from afar, like an alien entity landed on the shore. It will last for decades, if not centuries. 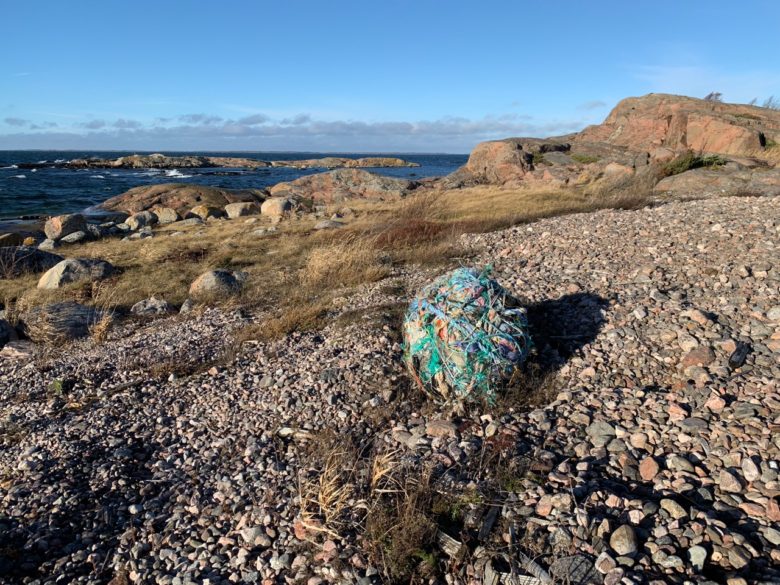 Interestingly, the ball has moved 20 meters from its original position in three years. As contribution to her project website pykeijanpallo.blogspot.fi I form yet another small plastic ball of my own and make a photo. 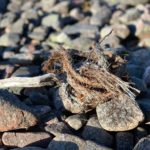 The outside world has an impact on my artistic work here on site, as well. My plan was to write a composition for ensemble during the residency, to be performed next spring in Vienna. I had applied for three grants to finance this project. Yesterday, I received notification that two of those applications were not successful. Disheartened, I took a long exploratory hike and lost myself in wind, magnificent sunlight, and the intense blueness of the ocean. At noon, the sun is already low in the sky, and my shadow self on the sand appears as a giant. 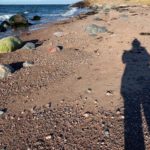 I have to make new plans and find other ways to realise my work. On the other hand, I now have more freedom. 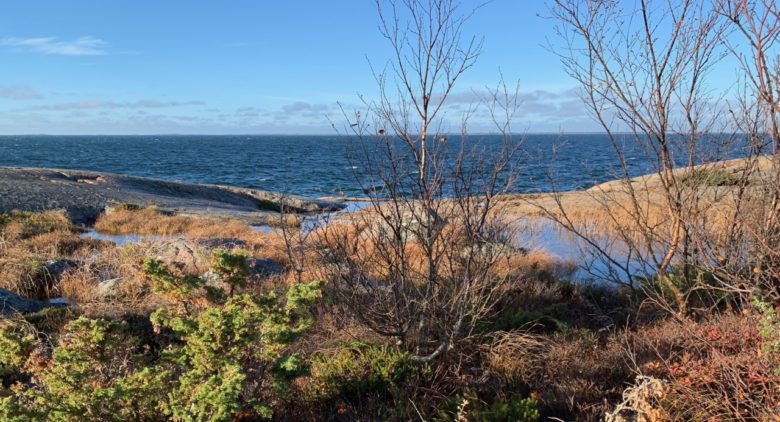 In the evening, Marja and I enjoy the sauna! We can use the personnel sauna in a small house a couple minutes on foot, direction east. As we walk ‘home’ the nightly sky is brilliant, full of stars. 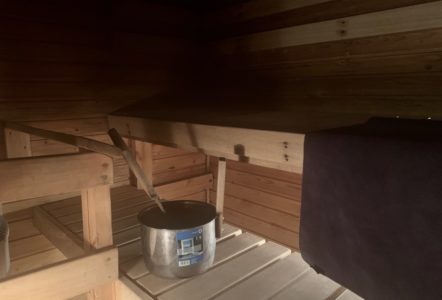 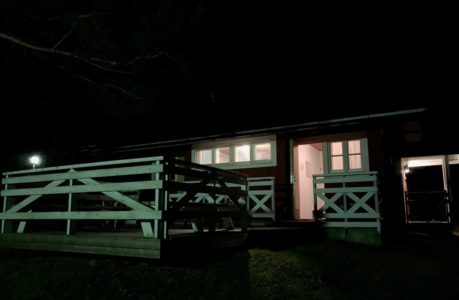