Patterns to Punctuate Song, with Darkness

For voice (mezzo-soprano) with throat microphone,
electronics (playback) and a punchcard score object.

Commissioned by the Salzburg Biennale for Ute Wassermann,
for her solo program voiceXtensions with Michael Vorfeld.

The recording was supported by Sound and Music soundandmusic.org as part of their New Voices 2015 program.

Lighting artist Michael Vorfeld created an analogue slide-projection of photographies of the punchcard score, which can be seen in the background here: 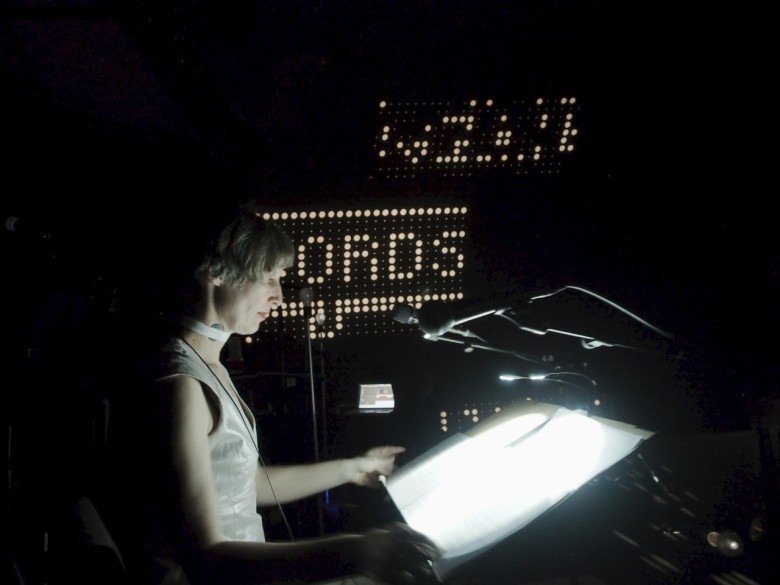 I found these quotations interesting:

“Punctuation is part of the mechanics of writing.”

Gerard Salton, former Computation Laboratory, Harvard University, in: “The Use of Punctuation Patterns in Machine Translation” (1958)

Anne Waldman in: “The Iovis Trilogy. Colors in the Mechanism of Concealment.” (2011) 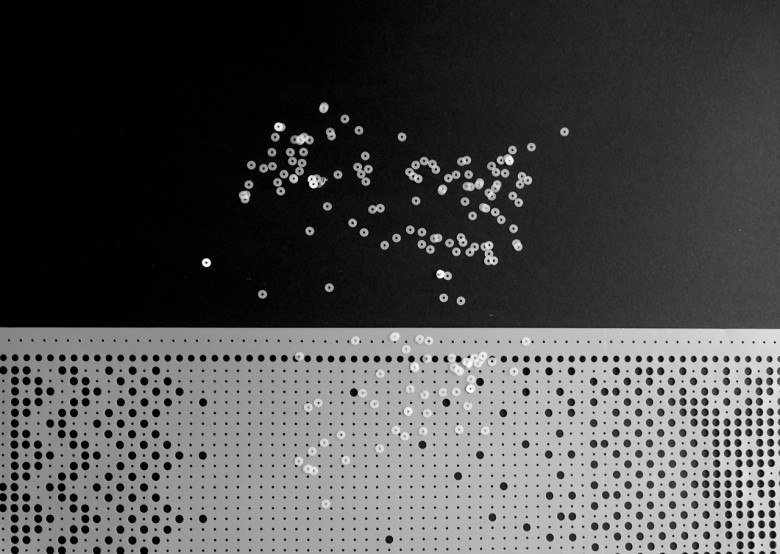 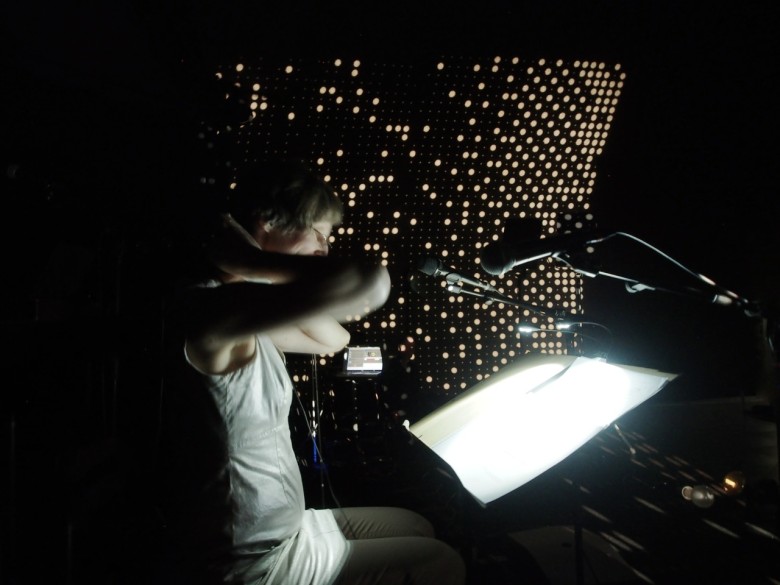 In this work I use punctuation as an inspiration and compositional principle. 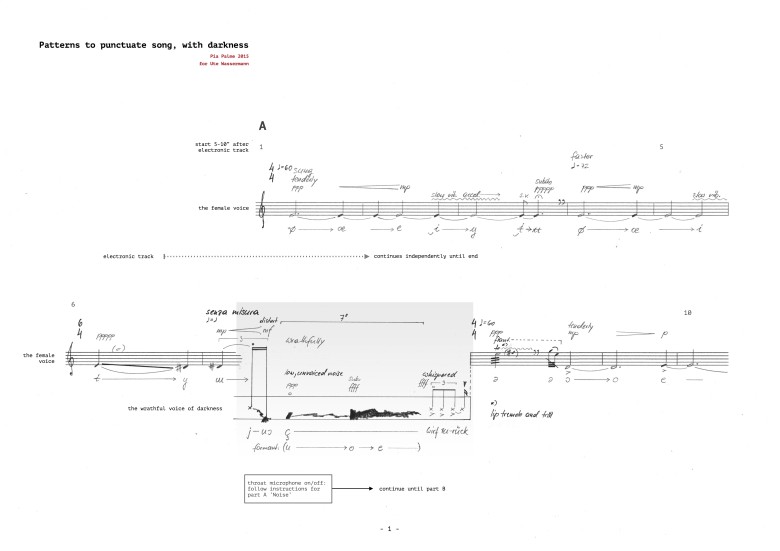 First page of the vocal part 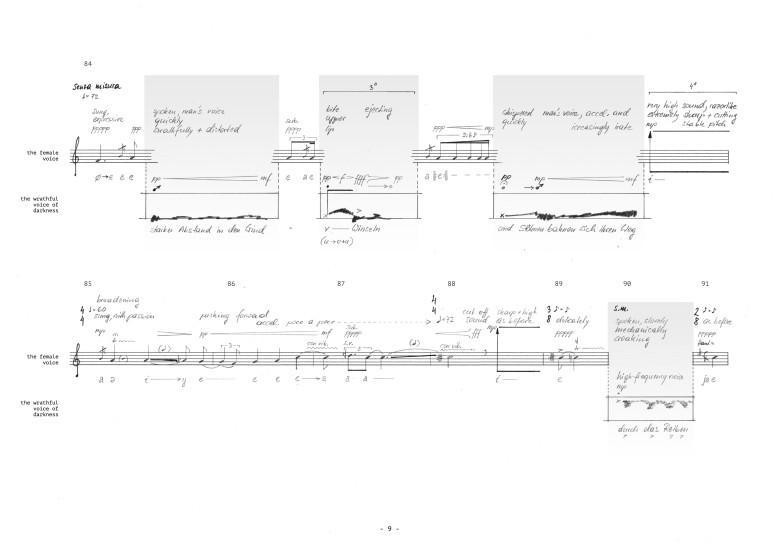 I find it interesting to investigate the nature of precisely these tipping stages, where one level of sounds shifts into another level, into another part of the flow.

I employ a range of notation techniques to present this composition. The performance package contains performance instructions and the text, a written score for mezzo, an electronic track (playback), and a graphic punchcard score as a performative scenic element.

Punchcards are patterned to control a knitting machine, for example. A substantial number of holes is needed to form a pattern. At least, three holes. 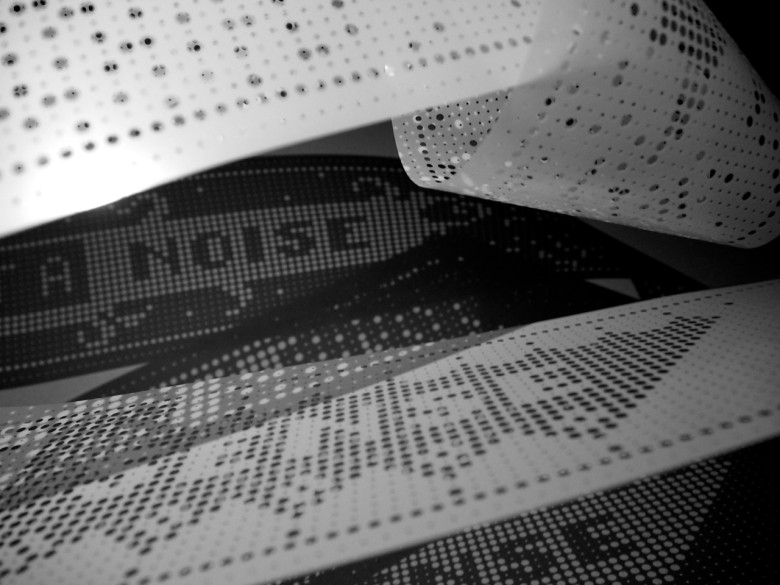 The punchcard score is an essential part of the piece. The score can be held or moved by the vocalist during the performance. Alternatively, it can be displayed on stage as an installative element (use appropriate stage lighting), or used for a projection, as was done here. I also made a video as an alternative.

The playback composition starts with samples of sounds made with a punch tool, recorded during the making of the punchcard score. 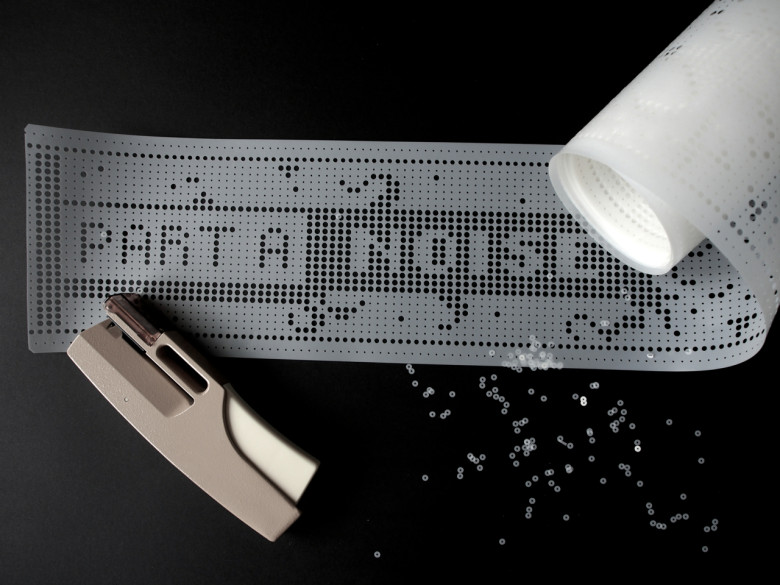