RADIAT
Performing the noise of mind

University of Huddersfield, October 5th 2013, for the conference ‘Noise as in music’. 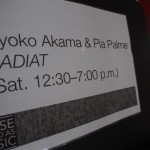 RADIAT is an experiment in meta-noise.

This juxtaposition of sonic installations by two composers draws on different perspectives of ‘noise’. Akama explores social noise from her position as a sound artist, whereas Palme uses the noise/signal duality to define her performance of personal mind’s activity. The pieces co-exist and interfere with each other in shared space. The resulting work discusses the cross-perspectives and methodologies of individual approaches, overlaid and influenced by parallel working processes. 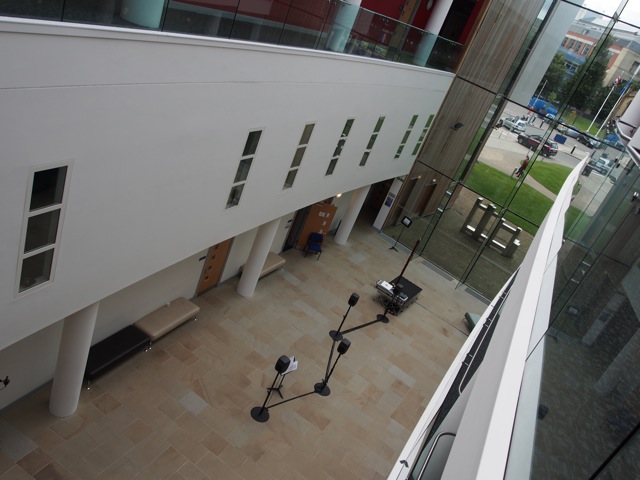 Palme’s installation arrangement of speakers in the atrium 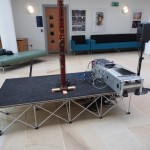 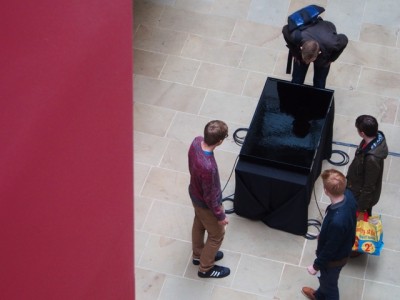 Akama’s installation on the other side of the atrium 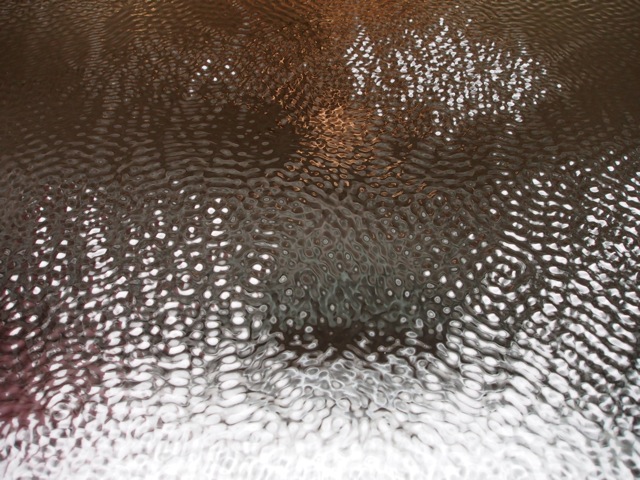 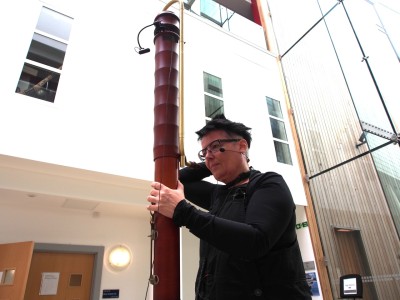 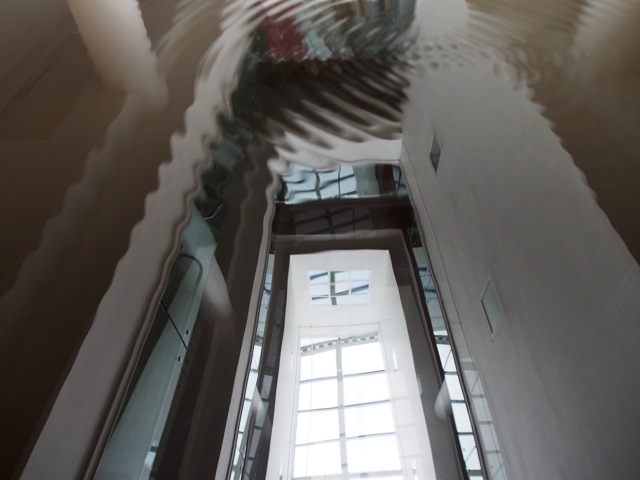 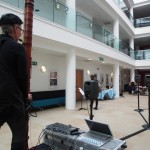 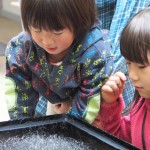 In this installation Palme performs the multi-layered structure of the ‘noise of mind’ as she observes it during live improvisation. Four speakers and a human performer – Palme performing a contrabass recorder and four microphones – are placed along a line in space.

In musical practice, thought activity during a performance is largely considered as ‘noise’ – an unwanted by-product of the mind. Here, Palme redefines the relevancy of her inner states by reversing the noise/signal duality: the totality of the mind’s activity is turned into performative material, re-composed and reproduced by vocal and instrumentalproduction, captured and amplified with microphones and exploded into the environment.

The five-tiered score governing this performance requires precise awareness and monitoring of one’s inner states. Palme defines the mind as inclusive and multi-layered, on a scale from the internal monologue, the longing to communicate, emotions and perceptions, to extrovert vocal production; the instrument, as an extension of her breath, marks the shifting border between inside and outside.

Actions to re-perform mental movements include extended techniques picked up by four separate microphones, such as a radio transmitted throat-microphone with PTT-button. The sonic layers are distributed to four separate speakers.

The sonic environment oscillates between noise and signal; which part of mental activity is relevant for a performance and which is not?

Akama’s installation draws on environmental and ecological concerns in which social noise and its capability of collaborative-ness are questioned. It uses a Geiger counter, a radiation detector in the air, and radio transmission system. Water in a pool is vibrated by four speakers which receive frequency compositions created by noise data through a Geiger counter. The cymatic patterns which occur on the water’s surface result from the transformation of sonic energy. This physicality of information science sustains optic listening and a subtle encounter with low frequency soundscapes.